For those seeking a destination for their summer vacation Santa Teresa Gallura offers a wide range of ingredients that will make your stay unforgettable. Charming seaside resort is located in the northern coast of Sardinia, a stretch of coast between nicest in the Gallura and the whole island. Overlooking the Straits of Bonifacio, a narrow Strait that separates the island from her twin, Corsica.

Formerly known as the Longosardo, today's Santa Teresa Gallura was already inhabited in prehistoric times. The first settlement dates back to the nuraghic period (4000 b.c.) of which still lie the remains in the archaeological site of Lu Brandali near the town, at Santa Reparata.

During the Roman period there were two settlements Longonis. A fishing village, located on the left bank of the current port, and Tibula which was the terminus of the consular road. During this time he was an important port for trade. It was from here that departed the boatloads of granite (of capo Testa) which was used for the construction of monuments and villas of Roman nobles (was also used for the construction of some of the columns of the Pantheon)

The importance of Longosardo grew during the 13th and 14th century until in 1420 the Genoese ordered the depopulation of the area that became a refuge of bandits and pirates for the next two centuries. To counter this problem during the 16th century the King of Spain Philip II ordered the construction of a military Tower (the Tower of Longosardo) but was the Commander Francesco Maria Magnon, at the beginning of 1800, who understood that to tackle the problem of smuggling had to repopulate the area. Then with the Royal Decree, on 12 August 1808 Victor Emmanuel I of Sardinia started the Foundation of the country. It was the King himself to draw the plan of the country and decide on the name in honor of the patron saint of Queen Maria Theresa of Austria-Este.

The country offers beautiful beaches with white sand and transparent waters with shallow. Among the most popular beaches, the beach of Rena Bianca, or the town beach (blue flag since 1987) a splendid Crescent of white sand with pink shades on the shore which is reflected on the turquoise and crystal clear. And then there is the beautiful beaches of Capo Testa, La Marmorata, La Licciola and many more (read more about beaches Click here).
And then great views on the coasts of Corsica with its white cliffs that plunge to the sea or the Islands and islets of the archipelago of La Maddalena 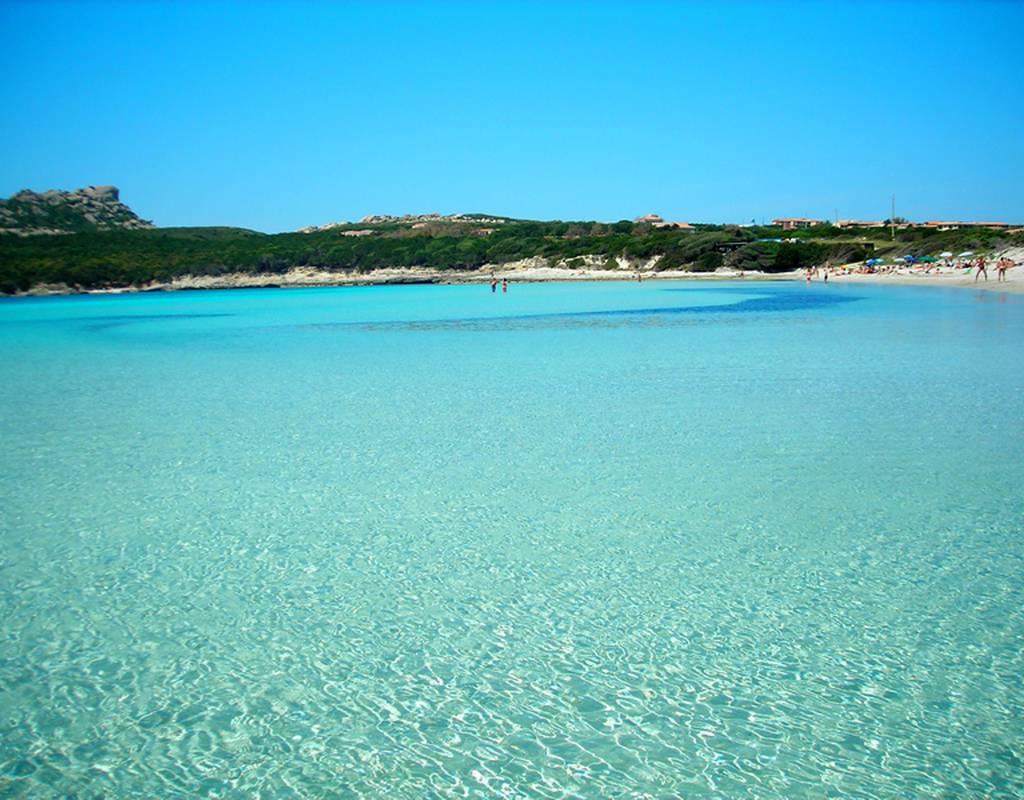